The day of epiphany and my own “real-eyes-actions”

Do you ever sit, stare and be?

It is here, this reality, you connect to me.

Beyond your chores and expanding lists

Past wonder and what if’s

In the small pink flower

The passing of an hour 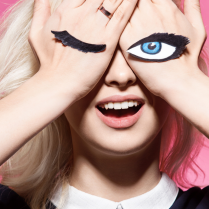 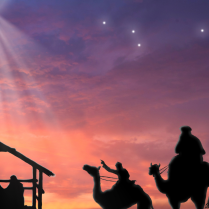 There’s a meme, I recall seeing it some time back regarding the incompetence of the three wise men.


Humorous in nature, despite demonstrating an over-eager need to belittle man’s attempts, it, for me, has a somewhat darker connotation.

Suggesting, the three almost wiser women, would have arrived on time, asked for directions, helped deliver the baby brought practical gifts, cleaned the stable made a casserole with peace on Earth!

Now, obviously, as a midwife, I appreciate the joke, as a woman I acknowledge the truth in it at times.

And as a soul, I feel tired.
Multi-tasking at its very best.
An apparent skill.

Achieving so much on so many levels and fighting through the inevitable burn out that comes from not being in the moment.

It’s only essence, trust me, I have OCD.
Or rather experience it.

I can believe I am so organized and to an extent I am, but there is also an ever-present ( not in the peaceful sense) shadow aspect that shows me no matter how much I achieve it will never complete the endless list of things to strive for.

It doesn’t matter what name I give it, purpose, calling, motherhood, being female it’s the same story being birthed.

Whether it is our children undergoing exams in the nursery or our animals behaving ideally against their very nature performing tricks for treats of affection, we are continually desiring something to aim for.

So, we feel worthy.

Society makes a fortune out of this insecurity.

Because the hunter, gatherer never truly left us. 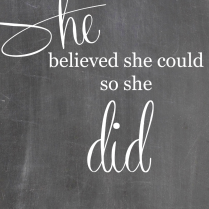 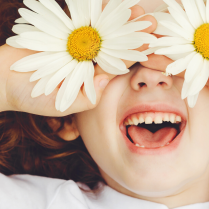 My own markswoman went into overdrive last night.

Ten o’clock in the evening the most overwhelming urge to clean.

One to act on impulse, it felt like nesting.

I was preparing to birth something, but what?

Ignoring my perplexed husband’s face I defended my cravings by suggesting it would leave me with more time in the morning.

Did it?
Of course not!

I replaced its absence with something else.

This time, at least, it was a “meditation”

Receiving a haunting poem, I knew on this the day of the epiphany when three wise men supposedly visited Christ, I was about to embark on the gift of my birthed consciousness.

I avoided it.
There were many things I didn’t want to see.

Filled the silence, which was ironically desperate, to show me how “golden it was, with tasks.

Routines that repeated the same inner sight.
Stop.
Slow down.
Be.

Tuning into my body, ovulating and menstruating at the same time I could feel myself literally shedding the old and conceiving the new.

The void of death and birth, the ultimate point of change.

Longing for a ceremony, yet also aware of my own anxiety, what guidance was waiting for me, would I too be visited by “three wise men?”

Well, I certainly didn’t have time for that!

Not even for one!

So, aware of my desire to rest, I plowed through the day.

The first wise man visited me through my husband- bright-eyed and bushy-tailed having slept and not woken unnecessarily early, he made his way to a job he loved but also left at the office, smiling and joking I found myself somewhat jealous.

I didn’t have much planned a few things to write, it wouldn’t take long I had done all the chores the night before, so I began to feel quite smug.

And yet, despite cleansing the house with frankincense I ignored the intuitive messages from my own senses which by the end of the day had become frank in their thirst, hunger and aching. 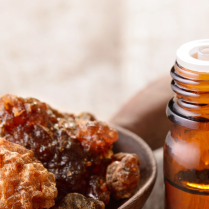 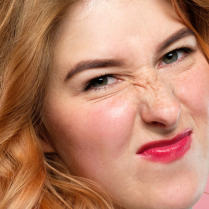 Tuning into the Tarot for the daily guidance I received, heard and blatantly ignored the advice from Metatron another masculine energy that suggested I find the joy or “myrrh” in my life through moments that were golden in order to avoid the Meh of the ten of wands that had fallen at my feet waiting to be blessed.

Pushing through, feeling the restraint of computer lighting on my eye’s I couldn’t see my own.

I had lost the star and in turn my self

I couldn’t locate the Christ within me because I hadn’t cared for my own basic needs.

I had become so desperate to avoid this foreign energy; I had ironically spent the day writing about for others.

And then, aware of all my senses and their heightened 6th companion I stopped.

The straw that broke the camels back came through my own intuition.

My male wolfhound, desperate to be outside, in the rain, in the field, anywhere but next to my heightened energy had left me in the now dark “lounge”, preferring to sit outside.

I heard his advice in my own animal emotions.

We left the house, there was no more vibrational room in the inn of me.

And walked in the cleansing waters that had now broken from the sky.

Releasing all the tasks at hand and realizing half of them were repetitive anyway, I conceived the path I was walking, and just how perfect it was.

Meeting my own inner wise woman at the top of an enduring hill where my beloved collies’ ashes lie, I birthed my inner Hermit, light in hand.

The wise men never arrived in time for the birth of the light, they followed it.

The ten of wands, neither the beginning or end but that moment in between.

Where we have a choice to go back or forward, the Wheel of fortune I picked this morning.

What did the Royal subjects gift Mary?
The presence that can only be found in the arms of caring for our inner child.

Appreciating the riches in life that come from taking a moment to nurture them.

And the subsequent Murr as a result (side note- if you feel inclined-look up the meaning of the name Murr!)

I avoided today, just about, the opportunity to berate myself, my shadow aspect that would have either pointed out what I hadn’t achieved or highlighted how I had repeated the same story.

But I know understanding comes after an experience, hindsight, and foresight are one and the same and this gift of compassion is what I bestow upon myself now.

In that way, I have blessed my own footsteps forward.

What decision can you gift yourself?